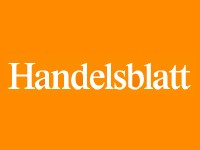 It was an interesting choice of guests.

Mr. Seehofer’s party forms part of Ms. Merkel’s coalition and has a decades-long alliance with her own party, the Christian Democratic Union. But on the burning questions of refugees and European Union reform, the Bavarians are much closer to Mr. Cameron.

Mr. Cameron came to the Alpine resort of Wildbad Kreuth to gather support for his proposed “red card” system in the European Union. Alluding to the card a soccer referee uses to expel a player from the game, his proposals would allow national parliaments to block unwanted E.U. directives and even drop some existing regulations.

Mr. Cameron hopes support for his plan among E.U. member states will help persuade British voters to reject a “Brexit” and keep the country in the European Union.

In proposing the red card to Mr. Seehofer’s party, Mr. Cameron is preaching to the converted. Particularly since the refugee crisis came to a head last year, Bavaria has been in no mood to toe the line, either to Brussels or to Berlin. The vast majority of the estimated 1 million refugees who came to Germany in 2015 first arrived in Bavaria.

Mr. Seehofer has been a prominent voice in Germany calling for a cap on the number of refugees entering the country. On Monday, in a provocative statement, he said Germany should set an upper limit of 200,000 new arrivals for 2016. On Wednesday, he repeated the figure again, but watered down his stance slightly by emphasizing it was intended merely as an “orientation figure.”

This is not the first time divisions between Mr. Seehofer and Ms. Merkel have emerged over her open-door policy on refugees. In November, the chancellor was widely seen to have been humiliated by Mr. Seehofer when he openly criticized her while she stood silently beside him at a CSU party meeting.

Despite the attack, Ms. Merkel has remained conciliatory. Before going into a meeting with Mr. Seehofer, she insisted that “the CDU and the CSU have many more common stances that we want to develop.”

But she was also quick to acknowledge that refugees would remain an ongoing point of disagreement. “There are several divergent positions that probably won’t change in today’s discussion,” Ms. Merkel said, without specific reference to Mr. Seehofer’s demand.

Last month, Ms. Merkel managed to win strong support from her own party on the refugee question and further strengthen her position vis-à-vis Mr. Seehofer. She listened carefully to representatives of the Bavarian party. But she conceded nothing to Mr. Seehofer, apart from praise for Bavaria’s good organization of the refugee influx.

Parliamentarians from the Christian Social Union have remained firm in their criticism of her policy. And they are likely to continue the attacks, albeit with a friendly face.

Opposition to Ms. Merkel’s refugee policy fits well with European skeptics. “Merkel’s idea of a European solution to the refugee crisis promises very little,” said Hans Michelbach, a CSU member of the German parliament, who has called for an end to the uncontrolled influx of refugees. “We should do like Denmark and Sweden, and send a clear signal that this will not go on.” Both Sweden and Denmark recently re-introduced border controls.

“National parliaments do have the capacity to influence EU institutions, but they don’t use it.”– Markus Pieper, CDU Member of European Parliament

Mr. Michelbach, like many in his party, fears that German public opinion will turn sharply against refugees if numbers don’t fall soon. Currently, between 3,000 and 4,000 refugees a day are crossing the Austrian frontier, possibly resulting in another million refugees in the country this year.

Often overlooked is the substantial immigration to Germany from the rest of the European Union. Figures released on Wednesday by the German Interior Ministry showed that, aside from refugees, another 1 million people on average are immigrating to Germany every year from other E.U. countries, with the largest numbers coming from Romania, Poland and Bulgaria.

All this makes Bavarian parliamentarians particularly open to Mr. Cameron’s advances. But while the Christian Social Union seemed ready to strongly back the red card idea, there may be less to it than meets the eye. National parliaments already have powers at their disposal to ward off unwanted interference from Brussels, according to. Markus Pieper, a member of the European Parliament from Ms. Merkel’s CDU party. “National parliaments do have the capacity to influence E.U. institutions, but they don’t use it,” he said.

The key E.U. principle of “subsidiarity” is meant to limit Brussels to activities best done at a federal level. According to the Lisbon Treaty, a group of national parliaments acting together can use this principle to block E.U. actions, but only if 18 of the 56 national parliamentary chambers object. In practice, this rarely happens. In the last 10 years, the German parliament has only objected 13 times to proposed E.U. legislation. And not once did it succeed in coordinating the objections of a “quorum” of national parliaments.

Part of the problem is the complexity of the European political landscape. A burning issue in one country may be unimportant in another. In addition, objections from national parliaments have to be organized within two months of E.U. legislation passing. That’s hardly enough time to wave a yellow card, let alone a red one.

“If they had four or six months to act, then parliaments would not be able to avoid responsibility so easily,” Mr. Pieper said.

But the current powers have worked on one occasion: the rejection of proposed changes to the right to strike, three years ago. On this issue, objections from a dozen E.U. countries torpedoed the proposed reform. Germany was not involved: Ms. Merkel’s government was steering its usual careful course, staying neutral between employers and the trade unions.

Refugee policy continues to cause tension between Angela Merkel and her Bavarian allies. In many ways they are closer to David Cameron.

Between 3,000 and 4,000 refugees are still crossing into German every day, after 1.1 million entered the country in 2015.Horst Seehofer, state premier of Bavaria, has proposed an upper limit of 200,000 refugees a year.Apart from asylum seekers, about 1 million people from elsewhere in the European Union moved to Germany in 2014. 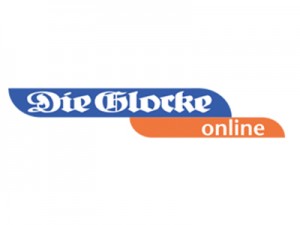 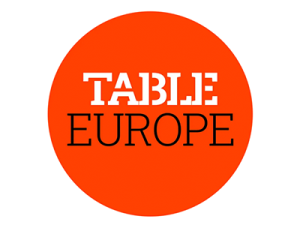 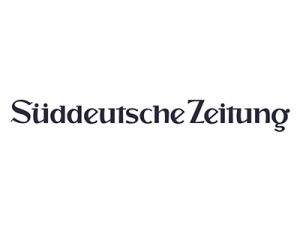