Frans Timmermans has presented the commission’s plans for better regulation to MEPs.

MEPs have welcomed the proposal, though they did have a few reservations. Markus Pieper, chair of parliament’s EPP group SMEcircle, said, “the review of the undemocratic informal trilogues is good and will increase the credibility and transparency of European law-making”.

He added that the proposed ‘scrutiny board’ is “only a good starting point, which must be improved.”

“The idea is good. But it can make an impact only if the board is 100 per cent independent, like similar institutions in Germany and the UK, and has the power to stop legislative proposals”.

S&D group vice-president Enrique Guerrero Salom insisted the Socialists “will carefully negotiate so that our key priorities and red lines are taken into consideration, bearing in mind that better regulation sometimes may mean ‘less’, but often means ‘more'”.

S&D group spokesperson on better regulation Richard Corbett urged MEPs to “be wary of those who will want to use this agreement to other ends than those benefiting European citizens and who it as a way to simply exempt business from their obligations to workers, consumers or the environment”.

ALDE group president Guy Verhofstadt was more enthusiastic, highlighting that, “better regulation often means doing things on a European level. Better to have one clear European rule replacing 28 different ones which often create bureaucratic hurdles for our businesses, citizens and researchers – better one in and 28 out”.

ALDE group vice-president Pavel Telička stressed that the scrutiny board “should be one single body that is responsible for scrutinising the legislative proposals of all three institutions”.

He also said, “we should review legislation after it has been adopted, to ensure that it is actually implemented and still adds value”.

The Czech MEP also urged the commission “to assess the British experience of implementing a one-in-one-out principle to regulation and to consider if it could be applied at a European level”.

However, the Greens were extremely critical of the proposal. Co-chairs Rebecca Harms and Philippe Lamberts accused it of being “tailored to strengthen the role of big industry lobby in the EU’s legislative process”.

They underlined that “shackling democratically-elected legislators with more bureaucracy, while strengthening the influence of industry lobbies, would amount to a coup on the EU’s democratic process”.

They rejected the idea of widening the scope of impact assessments and including further input from businesses, saying they “would impose an unmanageable bureaucratic burden on legislators”.

“The commission should definitely consult more widely with stakeholders in preparing legislation, and ensure that the views of all those consulted are taken into account, but this must not lead to paralysis by analysis”, they added. 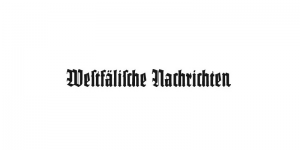 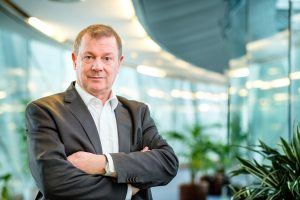